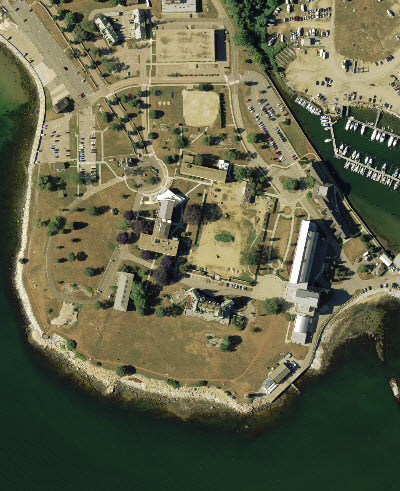 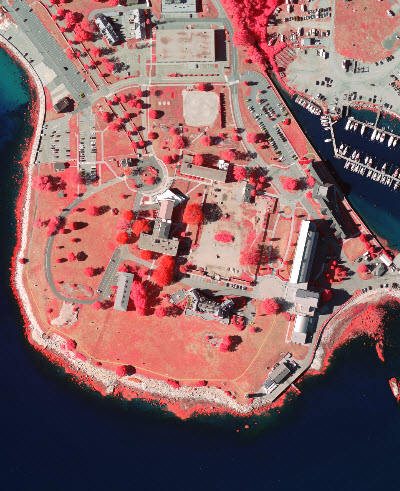 Coastal Connecticut 2016 Color Infrared Orthophotography is an aerial survey of 2016, leaf on, color infrared imagery for the region encompassed by Connecticut municipalities located along the Long Island Sound coastline and along the main stem of the Connecticut River up to the Massachusetts State line. The ground resolution for this imagery is 6 inches (0.153 meter) per image pixel. The photos were collected within +/- 1 hour of a predicted low tide.

Orthophotography combines the image characteristics of a photograph with the geometric qualities of a map. It depicts land use, natural resources, vegetation, and other features and characteristics in the immediate shoreline areas of Connecticut during the summer of 2016. This othophotography includes 4 color bands, allowing for the display and analysis in natural color or color infrared. This leaf-on, color infrared imagery serves a variety of purposes from observing vegetation and crop condition to supporting identification and mapping of habitat areas through photo interpretation.
The color infrared (CIR) imagery is useful for discerning features such as vegetation that give off a distinct signature in the infrared spectrum.

This is leaf-on orthophotography so the tree canopy can block portions of the ground surface from view and creates shadows that can obscure nearby features. Also, the location and shape of features in other GIS data may not exactly match information shown in the 2016 aerial photography primarily due to differences in spatial accuracy and data collection dates. For example, a stream in the 1:24,000-scale Connecticut Hydrography data from CT DEP may not line up exactly with the watercourse shown in the 2016 aerial photography. Their location and shape are bound to be different because information such as hydrography compiled from older 1:24,000-scale USGS topographic quadrangle maps, lacks the spatial accuracy and is less current than the 2016 orthophotography.  As with any image data set, the information presented is dynamic and may change over time. 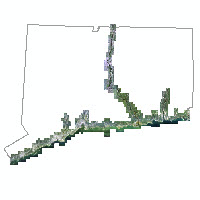 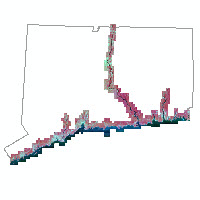